The Potion Unlock game is a social experiment to bootstrap a decentralized community around a DeFi protocol.

PotionLabs, the developers of the new risk management layer Potion Protocol, have announced the launch of the Potion Unlock NFT auction. Those who purchase NFTs in the auction will be able to participate in the Potion Unlock game, working with other community members to release the Potion Protocol into the public domain. With this one-of-a-kind strategy based on “aggressive decentralization”, Potion Labs seeks to avoid the dangers of a traditional project launch and to maximize community involvement.

The mechanics of the game are simple. The code base of the entire project has been stored in IPFS and protected with a strong password. This password has then been split into segments of various lengths and will be distributed across 10,000 unique NFTs.

In order for the code to be finally decrypted and made public, participants will have to collaborate to bring enough of the pieces together. The game itself is totally open-ended: players will have to self-coordinate – without the input of Potion Labs – to find their own solution to the problem.

Once the protocol’s file is decrypted and released into the public domain, a community with ‘skin in the game’ and web3 operational capabilities will have been formed. This community will then have power and stewardship over the future of the Potion Protocol as a public good.

How Can Players Participate in the Potion Unlock Game?

The majority of Potion NFTs will be sold to the public via a Dutch-style auction starting 14th March (whitelisting already live) where high profile DeFi and NFT participants are expected to take part.

Finally, Potion’s early community members (OGs or Original Gangsters), also received a generous allocation of Potion OG NFTs at no cost, in recognition for their early community support and inspiration. A significant number of OG NFTs have also been made available in the form of airdrops to 1,000 leading members of prominent DAOs, with the goal of building a high quality community around the project.

What is the Symbolism of the Potion NFT Design?

Potion Unlock NFTs commemorate the release of the Lab’s Kelly Machine and its key technical breakthrough: the synthesis of the Kelly Criterion into a bonding curve. To celebrate this, each NFT symbolically and artistically represents a different insurance contract. Various characteristic artifacts are used in each NFT to represent the specific parameters of an insurance contract. 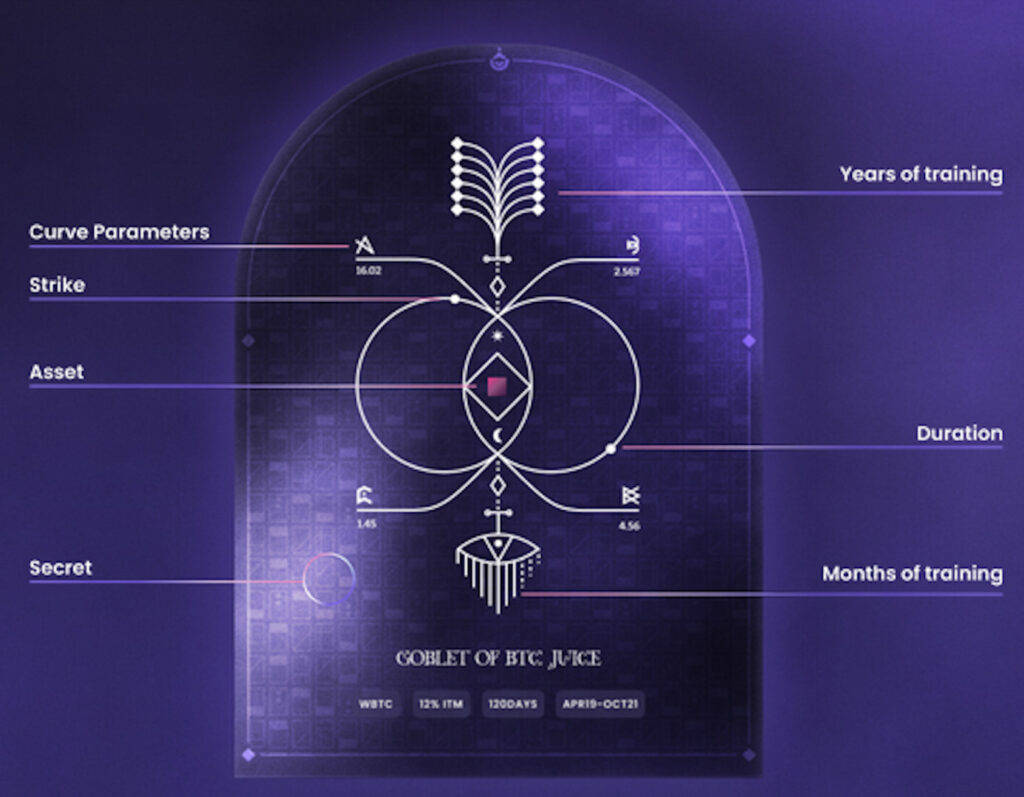 The collection of NFTs is made up of 10,000 unique pieces, which together embody one of the first artistic renderings of a financial product as well as providing a dictionary of Kelly Criterion bonding curves. Importantly, Potion NFTs are digital collectibles, not financial instruments: only the original NFT minters can participate in the Potion Unlock game.

What are Potion NFT Rarities?

There are 6 NFT types or “rarities” in the game, each with a different “decryption power”, giving the various players different capabilities and powers. Each NFT rarity will also have a different “redundancy” level, so no single holder can block the resolution of the game. 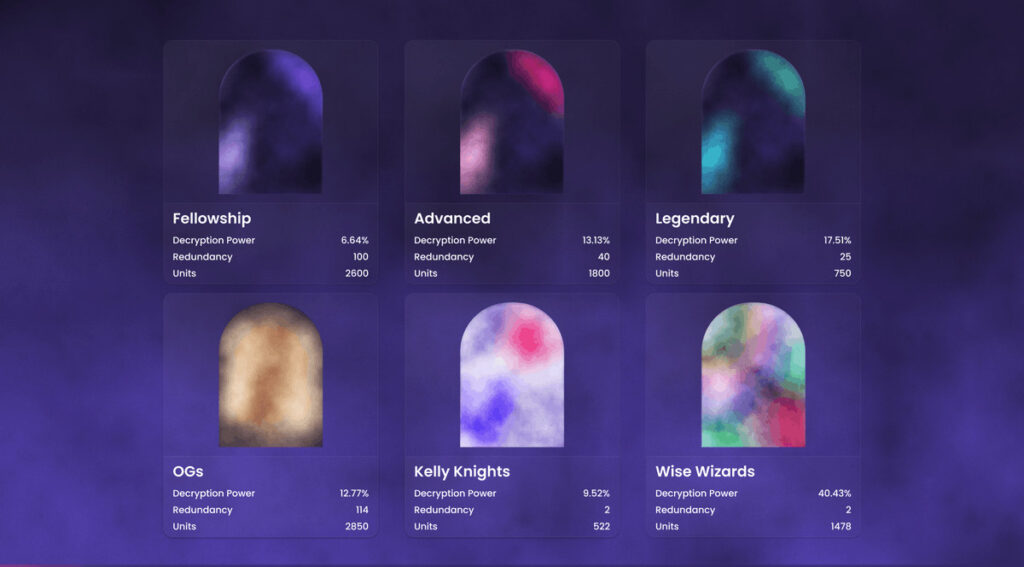 What is the Motivation Behind the Project?

PotionLabs is seeking to accomplish several goals with this launch model. The developers are deep believers in decentralization and designed Potion Unlock to transfer control of the Potion Protocol to the community. In this way, the approach delivers “aggressive decentralization’ and avoids power becoming concentrated in the hands of the few, ensuring that it is instead spread across the community.

This form of protocol release is also meant to create a commercially viable way for PotionLabs to continue to finance its research work, while operating within clear regulatory guidelines. PotionLabs also hopes this novel release model can be of use for other Web3 projects.

What do the Team Have to Say?

“We are excited about the opportunity to introduce a new class of services built from the ground up by the community for the community. We believe in a community-first approach to creating radically new technology aimed at helping users in DeFi manage the risk of their assets in a simple and reliable way,” said Guillem Mosquera, PotionLabs Co-founder, and CTO.

“We are deeply grateful to the community around the project who decided to support our vision and team. We are experimenting with new approaches to open source development for web3 and are lucky to have a visionary community willing to fuel and support our exploration. We are excited for them to continue playing a key role in the project’s community,” said Jordi Muñoz, PotionLabs Co-founder and CEO.

“Extremely sophisticated on the backend, surprisingly simple on the frontend, Potion ushers in a new era of risk management for DeFi liquidity providers (LPs) and consumers. By using the Kelly Criterion, Potion allows LPs to optimally price options according to their desired risk and yield parameters. Then, by aggregating all individual LP curves, Potion offers the best-priced options to the consumer. When people say DeFi 2.0, Potion sits at the top of that list”, said Chris Burniske, Partner at Placeholder.

PotionLabs is a web3-native research and software development company that has developed a robust risk management layer for crypto assets, the Potion Protocol. It pioneers a new risk pricing model based on the Kelly Criterion, which results in long-term survival mathematical expectations for LPs, and deeper, more reliable liquidity markets for users. The release of the Protocol’s code is launching shortly through the Potion NFT Unlock game. More on PotionLabs here: https://potion.fi & https://potion.auction